Currently we have 350 members (Feb. 2018) who are supporting our non-profit organization / sanctuary in numerous ways. We consider ourselves as a team in which every member does their part to help the animals: Whether it’s financially through yearly membership fees, support in keeping and caring for the animals, maintaining the grounds or by taking on organizing jobs at the board of association.

Our animal keeper team
The work of the four volunteer keepers and one full-time keeper is very important for the daily operation of the SPEA. Their job includes feeding and entertaining the animals, cleaning the enclosures, and making sure that all of our animals are healthy. 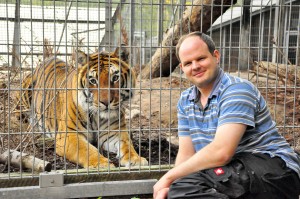 Florian Beer supports the SPEA as a volunteer animal keeper, having passed his qualification certificate at the Nuremberg zoo. In his free time he produces movies and shows them online on his website
www.beer-produktions.de. 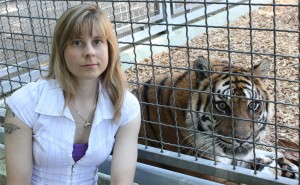 Andrea Thoma found her love for our association in 2010 and since then has been a volunteer animal keeper. Since 2014 she has been helping us a treasurer. She’s living her motto: “We should respect and conserve all the animals on our planet.” consistently at the Sanctuary. 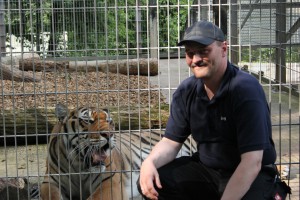 Jörg Endres is one of our voluntary keepers since 2011. He started out as a member in 2000 and we appreciate his active support since 2009. To compensate his IT job he not only helps out at SPEA but also goes geocaching and enjoys cooking. We especially thank him for his support as a second chairman since 2014.. 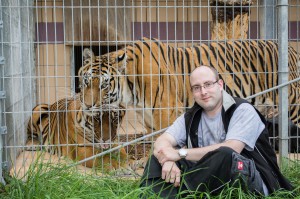 Michael Zickwolf is an official volunteer animal keeper of the Sanctuary since september 2014. However he got infected by the “Sanctuary-Virus” in august 2013 and is an important member of the Sanctuary crew ever since then. During his free time he photographs and spends a lot of time with animals which make great photomodels – especially big and small furl balls.