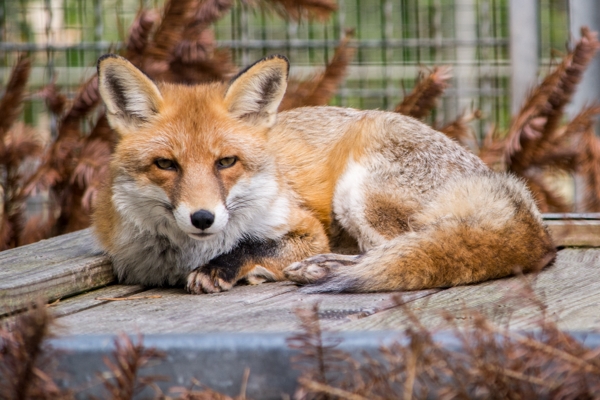 Although Finja and Leo belong to different subspecies of foxes, they get along great. Both came to SPEA as cubs and are approximately the same age. After a short settling-in period, they were put in a joint enclosure and have lived peacefully together ever since.

Arctic fox Finja was in the midst of being sold by illegal puppy traders in a parking lot where she had been lying in a car boot together with 15 other pitch black fox cubs before an animal welfarist took her home and later gave Finja to SPEA to ensure her species appropriate keeping.
When she arrived, Finja could be held in the palm of one’s hand and weighed merely 525g – only as much as half a liter of milk. Olaf Neuendorf reared her, beginning to feed her pulp and increasing to meat chunks a few weeks later. Finja grew up really quickly and has developed magnificently. Having been reared by hand she is very friendly towards humans and loves searching her keepers‘ pockets for some spare goodies. 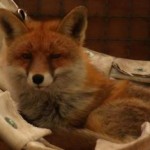 In contrast to Finja, Leo is extremely cautious. He usually stays hidden and likes to observe people without being seen himself. Leo was transferred to us from the animal shelter Neustadt/Aisch where he had been handed to as a foundling. His mother was probably killed by a car, leaving him too young to survive on his own.
Here’s a funny story for you. Before becoming Leo, this very Red fox was deemed “Lea” under the presumption that he was actually a vixen (a female fox). The quick end to what must’ve been a confusing ordeal for the animal: Having been able to approach Leo, the mistake was realized, and his (!) name reverted to Leo.
We are unable to return Leo to the wild since he never learnt to hunt properly in favour of the knowledge that food is obtainable from humans. This leads to the fearful assumption that he would search villages for food if he was reintroduces to the wild, and might be shot if it was claimed he could have rabies. 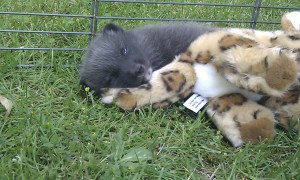 Leo and Finja get along splendidly seeing as Red and Arctic foxes have a very similar social behavior. Even their menus look alike: All foxes are omnivores, meaning that they will not only eat meat but also fruits, vegetables and nuts. They differ, however in their looks and vocals. Finja has a silvery-white fur in winter and a black pelt in summer, whereas Leo is red no matter what time of the year it happens to be. Leo‘s cries sound like the cracking or clicking of one‘s tongue whereas Finja sounds more like the cries of big birds – she has even been regarded as a gray parrot once. Yet they don‘t seem to have any communication problems. 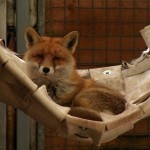 The hammock is a very important place for Leo since it’s is the only place where bossy Finja can neither reach nor bother him. Sometimes, like we humans might, Leo just wants to be left alone. To give you an idea of what kind of height Leo might reach: Red foxes can jump up to 3m high from a standing position.

There are Arctic foxes with silvery-gray as well as snow-white fur. All Arctic foxes are born with a dark fur and become lighter over the course of the year until they attain their winter coat, becoming darker the closer summer gets. Finja‘s silver to black-grey fur is no result of the warmer German weather but of her genes.
. 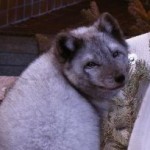 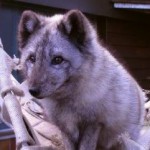 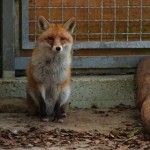 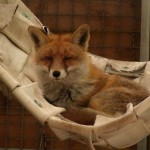 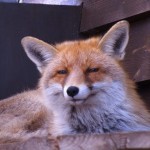 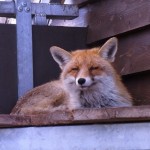 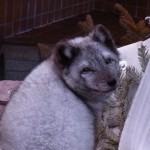 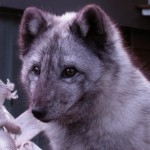 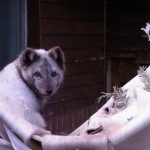 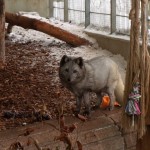 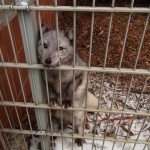